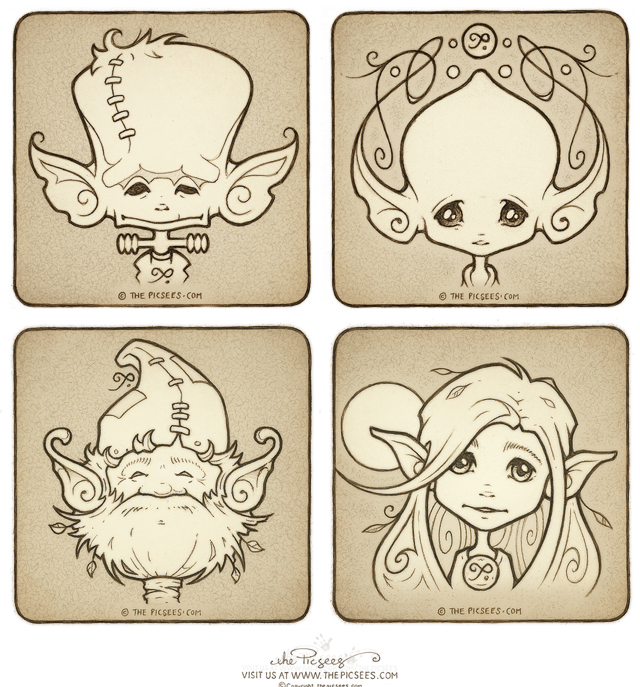 A while ago we had to do all our drawings with a pen cause Eric fed our pencils to a wee baby orc. This was a bit of a problem since most of us found drawing with ink rather difficult. We made way too many little lines and smudges, which meant you quite literally couldn't make head nor tail of anything we've drawn. However, one of us didn't have this problem at all and in no time Mika Macaroon was making the loveliest little pen drawings.

As he was drawing, some wee whispering sprites happened to see his pictures when they glided by and dubbed them "inkypics". And so, as is the case with anything interesting that the wee whisperers observed, word of his inkypics quickly spread and soon a long spiraling line of critters and faeryfolk started to form around Mika and his sketchbook, all hoping to catch a glimpse and maybe even get their portrait drawn by him.

He gave most of the drawings he made to the wee folk that posed for the pictures, but he did keep a few and said we can show them to you...and so, without any further ado, here are four of these wee inkypic portraits:
On the top left you have a portrait of little Frankie (who's been refusing to take off his Halloween costume for more that 3 years now) and at the top right is none other than Collie Flowers. On the bottom left is a picture of a wee Kabouter called Keijr who lives in the woods near our house (the kabouters are weefolk from the Netherlands who are similar to gnomes...but in the way a rabbit is similar to a hare but not quite the same). Keijr is very friendly and always has a story and a bit of cheese to share so we visit him often. And lastly, but not leastly, on the bottom right is a picture of another good friend of ours called Lindee-Mae. She is one of the wee moon-time faeries who collects the left over bits sunlight at the end of each day and recycles them into glimmers and shimmers for the next day's dewdrops. 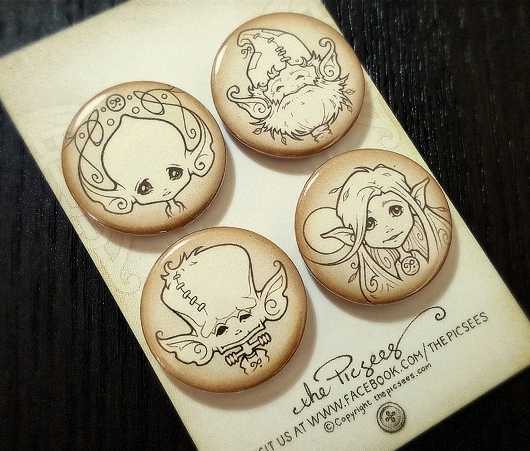