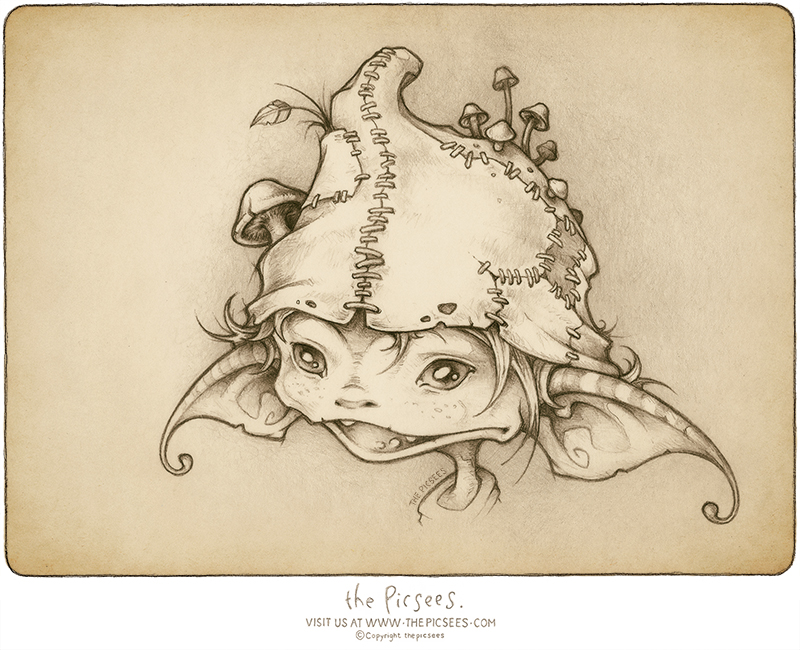 "A Wee Goblin Called Kale"
a portrait by the Picsees

This is a wee portrait of our newly found friend called Kale who we met while we were all playing in the park. Eric was chasing a bug around that ran underneath the roots of an old tree stump. In his effort to find the bug Eric unexpectedly made acquaintances with Kale when he stepped on his muddy toes, which, along with with his wee moss jacket and mushroom covered hat, made him blend into his surroundings so well that Eric thought it was the tree stump that cried "ouch". It was only when he stood up that we all noticed him.

Still a bit confused about who got hurt Eric apologized to both Kale and the tree stump and then carried on looking for the bug while the rest of us went over to introduced ourselves. It turns out Kale's been playing a game of hide and seek which is why he was tucked away underneath the old stump. He's told us with great pride and excitement how good he is at hiding and how no one has been able to find him for weeks! In fact, he's so good no one even knows he's hiding.

He showed us a few of his best tricks and we tried to calculate how long he's been there by dating the wide array of mushrooms that grew on this hat over the course of the game and before long it was time for us to head home. We wanted to hear more of his amazing skills and since a wee bug compromised the cover of his hiding place we thought we'd invited him to our house...which is where we drew this wee portrait of him while he told us about his undefeated winning streak.
We finished the drawing just in time because not too long after that he disappeared. We can only assume he started a new game of hide and seek and he sure is good cause we can't find him anywhere. It also appears that all of our cookies and some fruit from the kitchen had gone into hiding with him...probably just to make sure someone comes seeking this time. 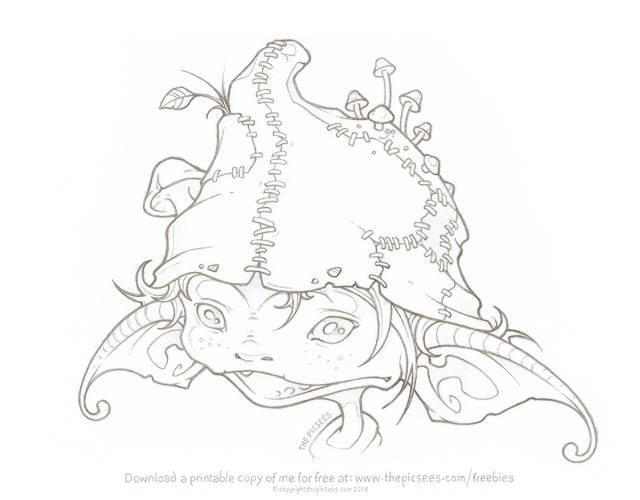